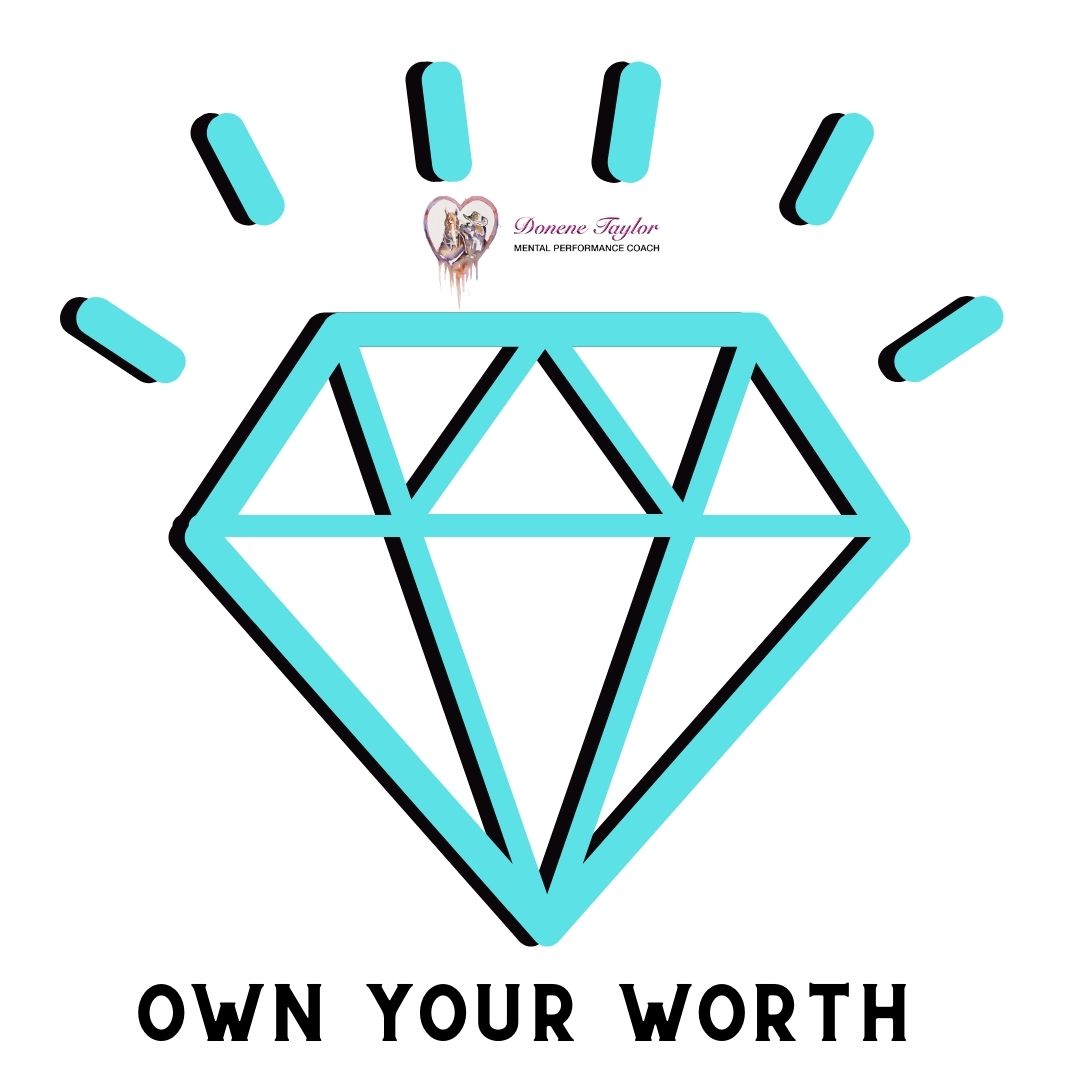 I have a dozen or so dates committed to memory that have significant meaning in my life.  Most are birthdays, and a few are death dates. One date of great significance for me is the evening of January 29, 2015. This is the date I began to own my worth. It was the day I committed to being the CAPTAIN of my own life.

Since I was a little girl, my self-worth was tightly wrapped around and attached to things that had absolutely nothing to do with my actual self-worth.  Examples of that misguided thinking include: how much I did or did not weigh, how other people perceived and treated me, whether I won or lost, the results I was getting in and out of the rodeo arena, and the illusion of perfection versus making mistakes and failing.

I was extremely uncomfortable in my own skin. I walked around fearful that I would be found out and cringed to think what people would think should they get to know the imperfect me.  It was the “me” who lived the chaos of an eating disorder, who had an obsessive compulsive personality, and who was scared to death to step outside my comfort zone–yet this same “me” desired to win a World Championship.  My life was a total contradiction, but on January 29, 2015 my mindset and self-worth were radically shifted by a conversation I had with Lari Dee Guy.

A secret I carried around

Earlier that day, I was at Lari Dee’s ranch taking a roping lesson. She coached me up and leveled me up in how I began riding Chester. It was one of the most transformational practices I have experienced. I write about this story in my book, Heart of a Champion.  Later that evening, after chores were done, we all went to Lari Dee’s home to eat dinner. Afterward, Hope, Mary (Lari Dee’s Mom), and I were sitting at the breakfast bar. Lari Dee was spiffing up her grill and making it shine. She asked me, “I bet you aren’t OCD like this, are you Donene?” I told Lari Dee, “I know quite a bit about OCD.” I told her, “I’ve been to rehab twice for an eating disorder and OCD.” As soon as I said it, I knew I had let the cat out of the bag, and there was no way to put it back. For a moment, the room got really quiet.  Lari Dee turned to Hope and said, “I told you that there was something about Donene.  I just couldn’t put my finger on it.” Lari Dee was genuinely interested to learn more, and later when it was just the two of us, she opened up an honest, non-judgmental conversation with me that night.  This topic was not on my list of things that I talked about with anyone outside of my small, inner circle. In fact, this was a secret I carried around with me daily.  I had not even shared this part of my life with either of my sons– yet.

Beliefs of not being worthy

Lari Dee and Hope had been coaching me for almost two years. I whole-heartedly hoped that a close friendship might be possible with them, but I believed I was absolutely NOT worthy of their friendship, until I won a World Championship. I believed there was no way I would be accepted, if they knew the flawed, imperfect me.

Own your worth, Value yourself

At that time, the results I was getting in the arena drove my emotional state and determined my self-worth as a human being.  After the empowering conversation with Lari Dee though, I walked back to my trailer to get ready for bed with a brand-new perspective.  I began to have the awareness that who I am on the INSIDE is what makes up my self-worth, my heart, my mind, and my spirit. The results in the arena do not define my self-worth.  They never have and never will.

I had a lot more internal work to do, but on January 29, 2015, I drew a line in the sand and stepped across it. I vowed to own my imperfections, own who I am, and own my worth in this world.  I began valuing myself for who I was becoming, instead of who I used to be or what I was winning. It became less about chasing something in the future and all about the present journey of becoming someone I had never seen before.

What you do is not who you are

Roping and competing are things I do. They are things I love doing. However, the results I receive in the arena are NOT who I am. My self-worth is not contingent on the results I receive in or out of the arena. My self-worth is not dependent on a number on the scale, the size of my pants, the kind of mistakes I make, or the number of times I fail.

I am enough and so are you

Owning my worth and understanding that it had absolutely nothing to do with the results I received in the arena helped me to perform my best. When I rode into the arena I had peace knowing that my self-worth was not on the line to lose.  I had peace knowing whatever happened out there I am enough. I knew I would find the lesson and learn and take the next step forward. This mindset set me up to let my hair down, have fun and compete my best.

Master the Art of Winning